IT TOOK OUR Prime Minister less than 12 hours to dismiss the latest request by Local Government New Zealand (LGNZ) to entertain a conversation about alternative means of funding local government in New Zealand. It isn’t the first time central government has dismissed such an approach.This is a pity, given that the substantive driver of increasing water reticulation costs at a local council level actually originates in Wellington. 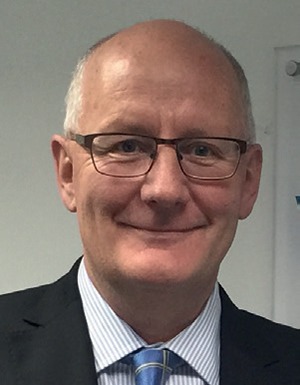 This isn’t radical stuff. Central government already funds up to half of the costs of building and maintaining local roads (not state highways) because there is a perceived benefit to the nation of having an efficient regional transport system.

While local government delivers around 50 different functions under a wide variety of legislation and regulations, 44 percent of all local council spending goes on just two of these – roading and water-related infrastructure – storm water, drinking water and waste water.

A small amount of money was made available to assist poorer rural communities upgrade their drinking water supplies, but it pales into insignificance in relation to the hundreds of millions councils will be required to spend to meet the standards imposed by these two policies over the next 30 years or so.

For example, the Clutha District Council reported to the Local Government Infrastructure Efficiency Expert Advisory Group that it had spent or planned to spend $6 million on water supply plant upgrades as a result of the new drinking water standards.

In 2014 the Local Government Amendment Act (No 3) was passed which established a requirement for councils to prepare and adopt a 30-year infrastructure strategy which deals with water supply, sewage and treatment and disposal of sewage, storm water drainage, flood protection and control works and the provision of roading and footpaths.

The total replacement value of the existing three waters infrastructure was assessed two years ago at $35.7 billion. As councils develop their long-term infrastructure plans and assess the current state of their assets I wouldn’t be surprised to see that figure double. If the Christchurch earthquake has taught us anything, it’s that some city and district councils know very little about the state of their in-ground reticulated assets.

The other aspect of the LGNZ paper that all media and the Government appears to have completely overlooked to date are proposals for specialist regional organisations to manage the three waters infrastructure.

Managing and funding infrastructure through corporate or “public utility” models such as Watercare in Auckland is another alternative to funding by rate increases. The clear separation between policy and service delivery functions has seen significant reductions in planned capital expenditure.

Water New Zealand has long been an advocate for metering of water use and adoption of direct user charges for water and waste water provision. When people pay for what they use it sets the correct incentives for optimal use and conservation. You don’t value what you don’t pay for – or in the case of water services – pay for directly and not through a fixed charge through rates over which you have no control.

Auckland and Tauranga both use residential water meters. Consumption is 25 percent reduced over the period before their installation. While some councils have adopted the public utility model, and some are currently considering it, there is still significant scope for improvement in the governance and management of the three waters infrastructure by councils.

Some commentators have called for discussion on fettering the powers of councils, constraining them to core services rather than seeking a broader range of income sources to fund current activities. Sure, this is worthy of consideration.

However, the fact remains that the LGNZ report identifies 32 councils facing absolute declines in population over the next 15 years. They contain a disproportionate number of increasingly older people with static and in real terms, declining income.

The Office of the Auditor General last year identified a $7 billion shortfall between what councils say they need to spend on three waters assets over the next six years and what they actually intend to spend. The pressure on elected officials within local government to restrain rates increases means much needed maintenance and replacement of assets is simply not occurring.

This is a bit like ignoring the repeated letters from a debt collector hoping the problem will go away.

The CEO of LGNZ, Malcolm Alexander, was quite clear at the press conference launching the report that the current system is not broken. His organisation sought simply to stimulate a discussion, one which the Prime Minister seems reluctant to engage in. Still, as the size of the infrastructure asset replacement programme becomes better defined as councils complete their 30-year infrastructure plans, perhaps there will be a change of heart. It is critical to the resilience of local communities away from the beltway and other main centres that we have this discussion, even if it makes us somewhat uncomfortable.

A case for concrete pavement intersections