In a typical Kiwi way we are struggling with our own debate over Cannabis reform while ignoring the fact it has been legal in Canada and 11 US states for some years, and is now legal in the ACT after being legally used for medical purposes in Australia since 2016. By Alan Titchall.

It is estimated that 750,000 Australians use cannabis every week, and about 300,000 use it on a daily basis, which is one of the highest cannabis prevalence rates in the world (even higher among Australia’s indigenous populations).

In February 2016, Australia legalised medicinal cannabis at its federal level and in September last year the Australia Capital Territory passed a bill to make the ACT the first region in Australia to legalise marijuana for personal use from the end of last month (31 January 2020).

At a national level, there is no overriding law that deals with cannabis-related offences; instead, each state and territory enacts its own legislation, and all states and territories have implemented systems where non-violent, minor and early cannabis offenders are diverted from the legal system.

From this month, in the Australian Capital Territory and the Aussie capital Canberra, those over 18 years can possess up to 50 grams of dry material, 150 grams of wet material, and cultivate two plants – up to four plants per household.

However, it is still illegal to buy any, or share any, or even share a joint. While you’re free to light up in your own home, smoking in public places is still illegal. And it remains illegal everywhere else in Australia, including NSW, which completely surrounds the ACT.

In South Australia possession of small quantities of cannabis is decriminalised, attracting a fine similar to that for a parking ticket.

In Western Australia, from August 2011, anyone found in possession of 10g or less of cannabis receives a Cannabis Intervention Requirement notice to attend a mandatory one-on-one counselling session.

In New South Wales, Queensland, Victoria and Tasmania, possession and use of cannabis is a criminal offence; however, it is unlikely that anyone caught with a small amount will be convicted. Diversion programmes in these states aim to divert offenders into education, assessment and treatment programmes.

At the end of last year the Government announced a new regulatory scheme for cannabis based medicines.

“Overall, the new scheme will open the door to offering many New Zealanders relief from chronic pain and other symptoms, with non-addictive cannabis-based medicines,” says commentator, Peter Dunne, the chair of SETEK Therapeutics, one of the new companies looking to get involved in the manufacture of pharmaceutical grade, cannabis-based medicines and products.

“Cost-efficient New Zealand medicinal cannabis producers should enjoy a strong cost advantage and, in some cases, quality advantage relative to offshore-based providers of these cannabis-based medicines.”

However, he is concerned that the Ministry of Health expects to issue 110 medicinal cannabis licences in the first year and acknowledges the difficult task of estimating the number of industry participants in what is an emerging industry.

“There has to be some concern, therefore, that the Ministry of Health may not be able to cope with any unexpected surge in licence applications.

“Moreover, there is the additional risk the Ministry may have underestimated the time and cost of monitoring – especially planned and unplanned surveillance audits – and subsequent enforcement action where breaches and/or illegal activities are identified.”

It has already taken two years to achieve regulatory certainty, and there is no excuse for further delay or uncertainty, he adds.

It is over a year since Canada moved to legally regulate cannabis for recreational use (October 2018), becoming the second country after Uruguay to do so (excluding 11 US states). Legal access to cannabis was already available for medical purposes.

The reforms built on years of evidence demonstrating that the illegal status of cannabis did not prevent rising consumption and was associated with a range of other risks, from increased potency to the empowerment of criminal gangs.

The Canadian Cannabis Act only allowed for herbal cannabis and oils to be sold in the first year, with the sale of cannabis ‘edibles’ and concentrates available a year later under separate regulations.

Canadian Federal legislation leaves it up to the provinces and territories, and their municipalities, to set their own restrictions, as they do with tobacco.

And some jurisdictions tightened up their smoking rules in order to minimise public consumption of cannabis as much as possible. While Ontario became more liberal about who can sell cannabis and where it can be consumed, neighbouring Quebec became more restrictive.

Official reports a year down the track acknowledged that displacing a well-established illegal supply with a legal one was a “unique challenge” and it will take a while for the new regulations to bed in.

Statistics Canada has been collating self-reported cannabis consumption and purchasing data in the ‘National Cannabis Survey’ since the beginning of 2018, to monitor changes in cannabis-related behaviour. Previous national survey data showed cannabis consumption in Canada had already been rising since 2012 across most age groups, but survey data suggests the prevalence of cannabis use has remained relatively stable since the reform, after a small (novelty?) rise in the first quarter of 2019.

The Canadian Transform Drug Policy Foundation, an independent charity that works to reduce drug-related harm through evidence-based improvements to policy and practice, has also published an excellent article on its website called ‘Cannabis legalisation in Canada – One year on’ (www.transformdrugs.org).

“This represented 12 percent of total users in the same time period but, interestingly, over half of these individuals were aged 45 or older,” it says while highlighting the risks of jumping to conclusions from the limited short term data, and the fact there are only two post-legalisation surveys thus far.

“A wider review of health indicators will be required over a longer time period to make a clearer assessment of the policy’s impacts.”

The group also points out the sluggish transition from established illegal market to the new legal market, picked up by the surveys.

“Determining more precisely what proportion of the market is supplied through the legal market is quite problematic.

“Self-reporting survey data may be biased against reporting of illegal supply. Furthermore, even prior to legalisation there were numerous retail outlets (both ‘brick and mortar’ and online) that were selling medical cannabis illegally, albeit at least partially tolerated in many cases.

“This blurred distinction between legal, quasi-legal (informal/tolerated/‘grey-market’ dispensaries from the pre-legalisation era, but still in operation), and illegal market created a significant degree of confusion that may have also affected survey responses.

“And while the scale of legal sales is relatively easy to measure (9747 kilograms of dried cannabis and 5558 litres of cannabis oil were sold in July 2019) estimating the size of the quasi-legal and illegal markets is much harder.”

Migration of cannabis consumers to the legal market has also been notably slower in some areas than others, it says.

“There appears to have been, thus far, insufficient pull factors to encourage many individuals with established supply sources to shift to the legal market.

“Cannabis also remains considerably cheaper on the illegal market. Based on self-reporting data from the third quarter of 2019, Statistics Canada reported that the average cost of a gram of legal cannabis was C$10.23 compared to C$5.59 for illegal cannabis.” 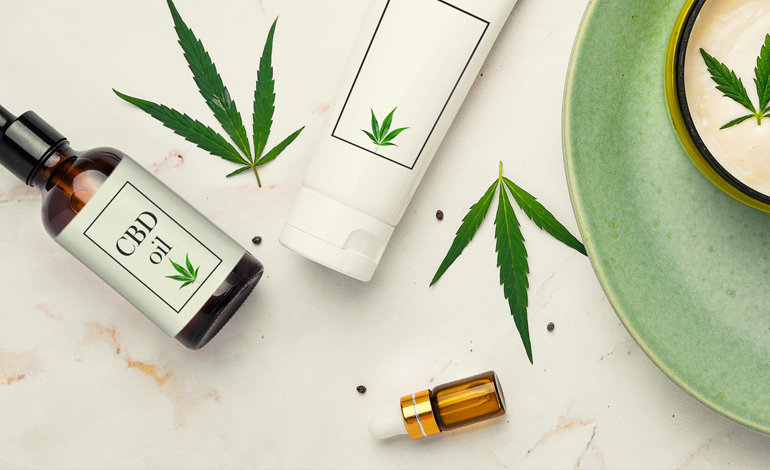 A Civil Contractors report highlights legalised cannabis as an issue looming over the sector, with two-thirds of respondents saying it would negatively impact their business.

CCNZ chief Peter Silcock says businesses were already struggling with staff recruitment due to substance abuse, which would become “even harder” with the legalisation of marijuana.

Obviously in the lead-up to the legalisation of cannabis in Canada concern was expressed by most work sectors in terms of jobsite and worker safety and harm.

However, while this included concern from local construction bosses, international evidence shows little or no impact following legalisation (in Canada and the United States).

Officially, government agencies set up information sites on how employers and employees could prepare for the new legislation and identify signs of impairment on worksites, and have adequate drug and alcohol polices, and education/training programmes for management, safety teams and workers.

As with most countries, Canadian construction companies already had a zero-tolerance policy and the tools and safety/health programmes in place to deal with cannabis impairment in the workplace, as (typical of most Western countries) there was already high use among the general working population.

In Washington State in the US, cannabis for recreational use has been legal for a few years now and the civil construction sector has coped, meaning cannabis use has been a “non-issue”, according to sources.

The difficulty has been in the tolerance of the testing. Heavy alcohol consumption is detectable in breath for only up to 12 hours after the last drink. Cannabis, on the other hand, is detectable for around 30 days, sometimes longer with a urine test, while impairment 12 hours after use, is questionable. It is said a fairer approach is saliva testing, which will more accurately reflect the acute impairment period for each drug class.

Next year’s highway programme and beyond – where...