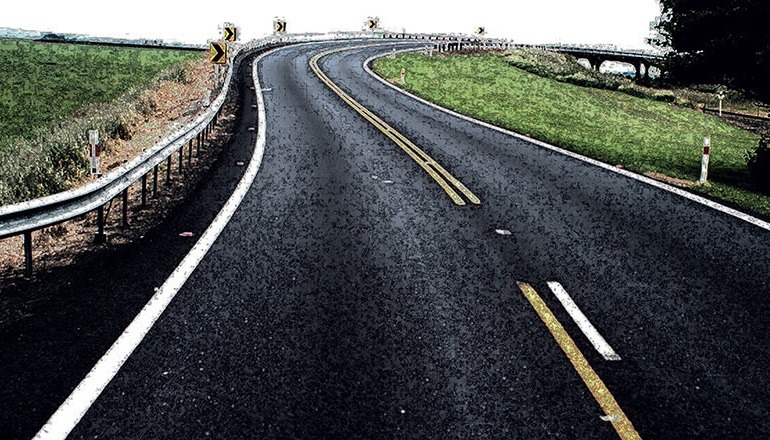 At the time of writing 13 new NOC contracts had been awarded; three previous maintenance contracts were ‘converted’ to NOCs – Marlborough Roads (from a Hybrid) and two Performance Specified Maintenance Contracts (PMSCs). There’s also the special Auckland Motorway Alliance and the Milford Road contracts in the mix. Two more new NOCs were at tender phase at the time of writing, leaving three more contacts to be tendered.

The new model has resulted in new contract sharing among nine major contractors and includes newbies such as Aussie-based Services South East (Gisborne North region) and Higgins stepping up to a principal supplier role. [IS this Primary Supplier as shown above?]

The first NOC was awarded just before Christmas, 2013, to a partnership led by Downer (the previous maintenance contractor for this region) for the South Canterbury area – a 570 kilometre, mostly rural network.

Murray Keast, Downer manager for the South Canterbury NOC, made a presentation (his own views) at the NZTA/NZIHT conference called ‘The journey so far’ and he admits it proved a “long journey” in terms of maintenance management planning.

“For Downers it has presented a number of opportunities. We are involved in six NOCs, either as lead contractor or a supplier in a contracting, or a JV situation.

“We are able to offer a lot more opportunities for our cadets and graduates and existing staff in terms of the range of skills and experiences being involved.

“We have worked at ‘consistency’, not only to mirror the agency’s expectations, but those of our corporation, in terms of breaking down silos and being consistent in the way we deliver to the agency. This has mainly been through the contracts plans and the South Canterbury and Taranaki NOCs working closely together.

“Auditing those plans is a new process and is a big requirement of the ‘key result’ areas, so we have developed some common auditing processes.”

“Asset management is an important part of these contracts and this was a huge undertaking for us and that was approved recently [late October 2015] and was a major achievement for the [agency] teams and the company.”

Keast says the NOC contracts have created “a whole lot of new relationships not only with the agency but with our subcontractors – and we have been meshing together nicely”.

“We have knowledge communities within Downer with our network managers who meet together on a monthly basis and good opportunities to share different aspects of the contract.”

One of the challenges was that the South Canterbury region had been a traditional ‘measure and value’ contract since the early 1990s. “As a fully measured contract structure, it has been a challenge for crews at the road coalface. Rather than waiting to be told what to do they have been empowered to make decisions in terms of what’s required.”

Another challenge, he says was getting heads around the Network Outcome OPMs and the new KRAs.

The NOCs are self-audited by the suppliers and the NZTA developed a Visual Audit Guideline on its website for agency and supplier staff to interpret OPM auditing in the field, to make sure everyone is on the same wavelength and avoid regional inconsistencies. A NZTA ‘performance team’ made up of ‘asset integrators’ and ‘contract manager’ oversee the level of service delivered on each network and the overall performance of the suppliers.

“The Key Results Area system is new and very evidence hungry,” says Keast. “You have to prove or demonstrate you have done what the key performance indicators require of you.

“It’s fair to say it was a slow start in year one. The guidelines were issued in September [2014] after our contract award, and it took us a little while to get our heads around what was actually required of us to measure and what evidence to capture and keep.”

Keast’s advice for new NOC comers is simple. “Get started early. And it is easier for a contractor that has come from a Hybrid or PMSC background than from a traditional contract model. Use the grace period as much as you can. Start OPM and KPI measurements during this time and get an understanding of what the forward work programme entails, as it does vary depending on when your contract starts. Understand the OPM and KRA processes and the data required, and records that need to be kept.”

The new model is going to be around for a long time, he adds. “We are still early on the journey and there’s still a lot of understanding and working together to be done. But we will succeed together.

“Those of us who drink a bit of wine appreciate the difference between that just out of the barrel and wine that has been in storage for a wee while. The NOC is a very young wine, and has some way to go.”

Gauging success of the NOC model