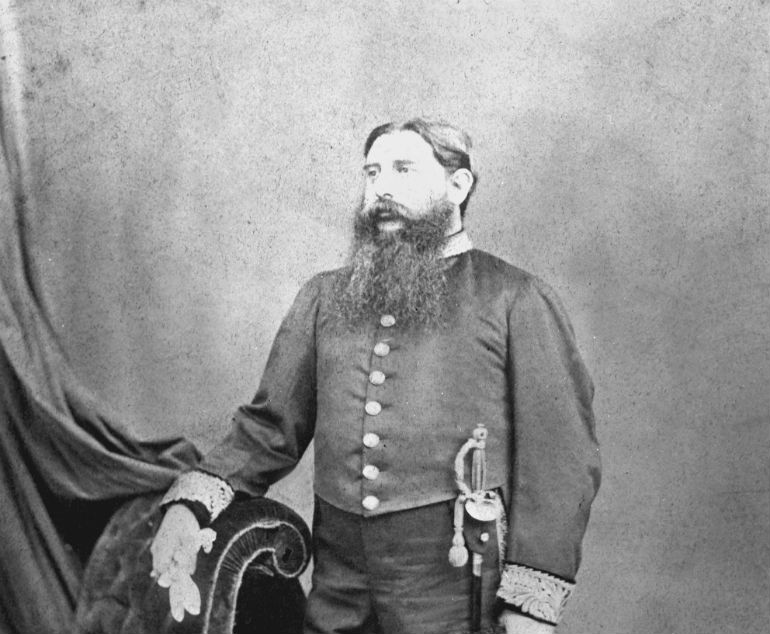 More than a century after his death, Sir Julius Vogel’s legacy lives on in every branch of New Zealand civil construction. HUGH DE LACY retraces the career of the original big-thinker.

He stands out like a beacon in New Zealand politics in the second half of the 19th Century, catapulting the infrastructure of Britain’s most remote domain into the forefront of colonial development around the globe.

Focussing on railways, roads, electricity and assisted immigration, Sir Julius Vogel from 1870 laid the foundations for an extraordinarily rapid rise in the young country’s wealth which, though delayed by the long depression of the 1880s, had effects that continued long into the 20th Century.

Vogel established the concept of borrowing big for development that burned itself into the New Zealand political psyche, and which expresses itself today in the continued expectation of Kiwis that the Government should take the lead – and the risks – in mid-to-long-term big-picture planning and development.

Half a century before either John Maynard Keynes and Sir Robert Muldoon, Vogel was both rolled into one – fearless of budgetary deficits so long as there was money to be borrowed to fund capital works. Like Muldoon, Vogel thought big, and like Keynes he had no qualms about deficit financing.

And borrow he did: nearly $40 million dollars – comparable to a thousand times that value in today’s currency – from London investors over the decade from when he became Colonial Treasurer in William Fox’s administration in June 1869. Vogel lit a fire under the New Zealand economy which allowed it to leapfrog other and longer-established British colonies and enabled it to ride out the end-of-century protracted global recession in relatively good heart.

Vogel was born in 1835 into a Jewish merchant family in London, and his subsequent loyalty to his faith combined with his immense popularity – at least during the 1870s – has led some to suggest that his influence preserved New Zealand from the anti-semitism that dogged other colonies.

Vogel’s parents separated when he was young, and he was brought up and educated in his grandfather’s household before attending London University School and the Royal School of Mines. At the tender age of 16 he set off with a mate, A.S. Grant, for the colonial experience that was the equivalent to today’s OE, heading first for Australia’s goldfields.

There he and Grant dabbled in shopkeeping and journalism in Victoria with no great success, before crossing the ditch to New Zealand in 1861, in the wake of the discovery of gold in Otago. The province had two weekly newspapers at the time, and Vogel joined The Colonist before teaming up with the editor of the other paper, The Witness, to found the country’s first – and still flourishing – daily newspaper, The Otago Daily Times.

By mid-1863 he had been elected to the Waikouaiti seat of the Otago Provincial Council, and within three years was Treasurer. In the same year he showed up to cover an election for the Dunedin and Suburbs North seat in the national Parliament, found there was nobody contesting it so had himself nominated and elected unopposed.

Twelve months almost to the day after the new premier, Fox, made him Colonial Treasurer, Vogel delivered a financial statement to the House of Representatives that proposed borrowing $20 million to spend on roads, railways and immigration. Despite fierce Opposition criticism, the plan was adopted, though over the next decade the total amount borrowed was almost double what Parliament had initially sanctioned.

This came about because Vogel’s programme triggered clamouring among the provincial councils for more of the money that central government was borrowing at no direct risk to themselves. Some of the provincial investments were on the wrong side of risky, and it wasn’t until the abolition of the provinces in the mid-1870s that tighter controls were imposed on the spending programme. Vogel went on to serve two terms as Premier, from 1873 to 1875, and again briefly in 1876.

Over that decade more than 100,000 people, overwhelmingly from the United Kingdom and selected against strict criteria, were given financial assistance to emigrate to New Zealand. The result was a land price boom that, combined with acquisition and sale of Maori land, easily serviced the debt for the whole of the decade, though some of the wilder pigeons came home to roost soon thereafter.

The signal infrastructure developments the money funded were the Christchurch to Invercargill railway in the South Island, where the major roads had already been formed, and roads in the much more precipitous North Island. The first train in New Zealand had run from Christchurch to Ferrymead in 1863, but until Vogel came on the scene rails reached out only to Lyttelton in the east (by way of the three kilometre tunnel through the Port Hills), Ashburton in the south, Cust in the north and Sheffield in the west.

The first North Island line, built in 1868, went just five kilometres, from Kawakawa to the Bay of Islands. Vogel’s scheme envisaged a $14 million spend-up for 3500 kilometres of line in both islands at a cost of about $2500 a mile. The actual distance built in the 1870s was closer to 2500 kilometres, 1500 kilometres of it in the South Island.

The roading spend-up, concentrated in the North Island, had the dual purpose of opening up the centre of the island to colonial settlement, and of defusing armed Maori resistance, in part by offering well-paid work on the roads to Maori.

Returning in 1880 from one of his periodic trips to England, Vogel began to drive the electrification of the country. He was helped in this by his being the representative of the London-based Electric Light and Power Company, and one of his earliest converts to the new power form was Lyttelton Harbour which was lit up in a public ceremony in 1883.

Another cause he espoused was women’s suffrage – he even wrote a novel extolling its outcomes – and he was the power behind the formation of both the Government Life Insurance Company in 1869 and the Public Trust Office in 1872.

Vogel returned to England on what was intended to be a short trip in 1888, but he died there in straitened financial circumstances on March 12 the following year. He left behind a country well positioned to meet the challenges of the 20th Century and beyond.